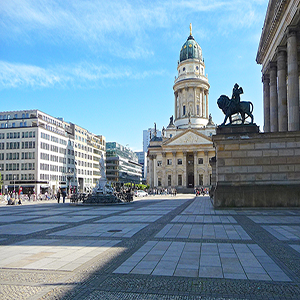 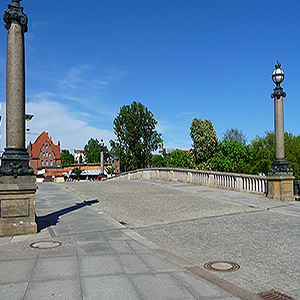 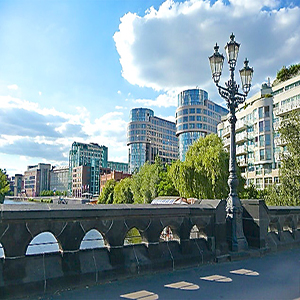 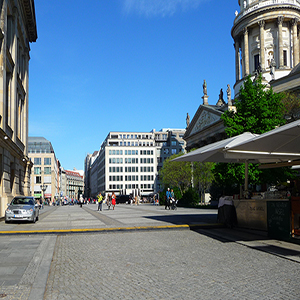 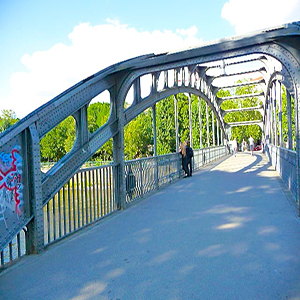 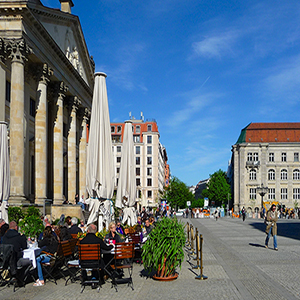 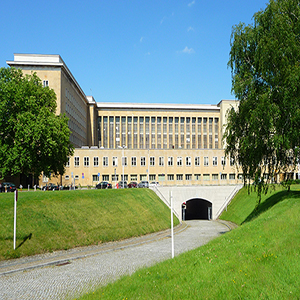 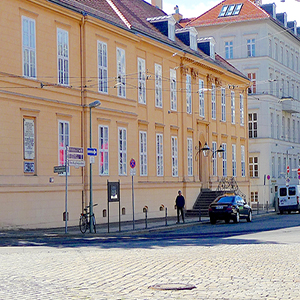 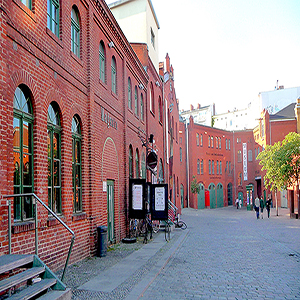 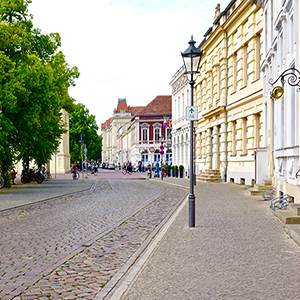 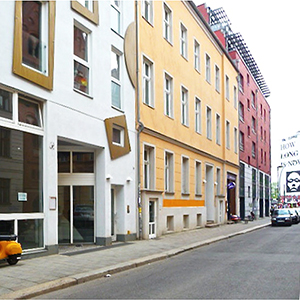 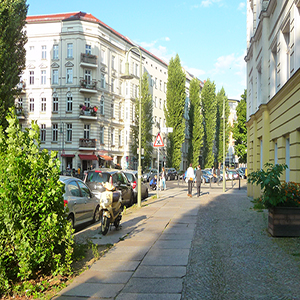 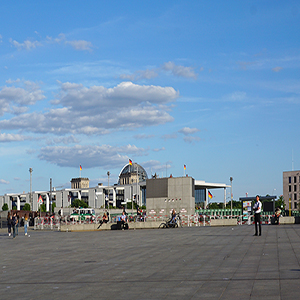 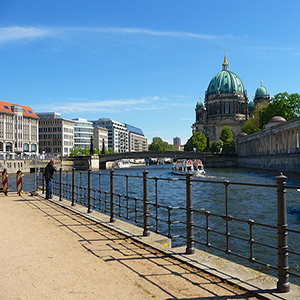 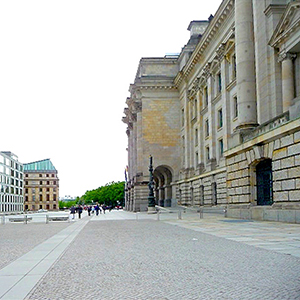 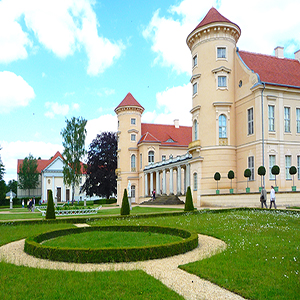 In Berlin and in Germany in general, an urban square in a city or a town is a central public place that is a focal point of public life since the Middle Ages to today. City squares are mostly located opposite public buildings, government buildings, churches, museums or palaces. The streets around are all leading towards the city places.
The city squares were then and still are places used for festive events, political rallies and religious ecclesial meetings, or just food markets or any other meeting place for a bigger crowd.

In modern cities the city square is still an important part of urban design, with the same idea as centuries ago, to create an open space, a public meeting place for inhabitants and visitors alike.
Urban squares in cities or civic centers in towns are also used as locations in many television productions and TV commercial shootings, editorial fashion shoots and advertising campaigns. Especially in historic movies and films about the Middle Age, the town square with markets and also the public hanging place plays an important part as this was the most important place where people came together to exchange news and gossip.

A good example for an old town square is the place around the Nikolai church in the old Nikolai quarter, the oldest part of Berlin. Other prominent places in Berlin include the Alexander Platz, still with the feel of the socialistic architecture from the East German days, but in the process of transforming to a more contemporary style.

The ‘Pariser Platz’ is the historically most important square in the center of Berlin, situated by the ‘Brandenburg Gate’ at the end of the famous Berlin street ‘Unter den Linden’. The square is named after the French capital following the capture of Paris by Prussian troops in 18. The buildings around, which were widely destroyed during World War 2, are gradually being restored to their former grandeur. This makes this place to a desirable filming location for any media production.

The streets within the very modern designed city squares are often walkways only; the usual city traffic is mostly kept on wide streets around the city place. An example is the re-construction in an ultra modern architecture design of Berlin’s ‘Potsdamer Platz’ that was started only about 20 years ago. Until then it stayed in the same condition of totally wasteland from World War II and then left desolate during the Cold War era when the Berlin Wall diverted the city.
Since the reunification of East and West Germany, Potsdamer Platz has been for many years one of the biggest construction sites of the world, but it is now one of the most striking examples of urban renewal. The ultra modern designs of the buildings in and around the place are attractive shoot locations for media productions from all over the world.

Almost each part of the city of Berlin and its surrounding towns and villages has attractive town and city squares, which are used as locations for film and television series productions. We have many location images of diverse architectural sites in our extensive location archive.

In Germany the simple word ‘place’ (Platz) is used for big or small squares mostly in or close to the center of a town or a city - a place where people are gathering together, the weekly market takes place, political protests and public speeches are held, where kings and queens wave from the nearby palace balcony to the citizens.
The open space, the mostly well-kept homogeneous architecture around those city places turns them into favorite filming locations, either for international movies or smaller independent film productions.
Not much has changed since the Middle ages, for anything that might be of interest to a bigger crowd of people - the urban square or a town’s civic center is still the place to be.
We would like to present a selection of location images according to your project brief.